We all need to get outside and run! рџ™‚

The findings do not bode well for Americans’ health because levels of pollution indoors are a lot higher than those outside and can cause serious health issues. They also are notable because researchers believe being outside has positive health effects:

“Research published in the Journal of Aging Health shows that getting outside on a daily basis may help older people stay healthy and functioning longer. Participants in the study who spent time outdoors every day at age 70 showed fewer complaints of aching bones or sleep problems, among other health-related problems, at age 77 than those who did not head outside each day.”

Being outside is thought to have benefits for people of all ages. These may include: 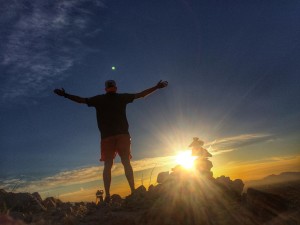