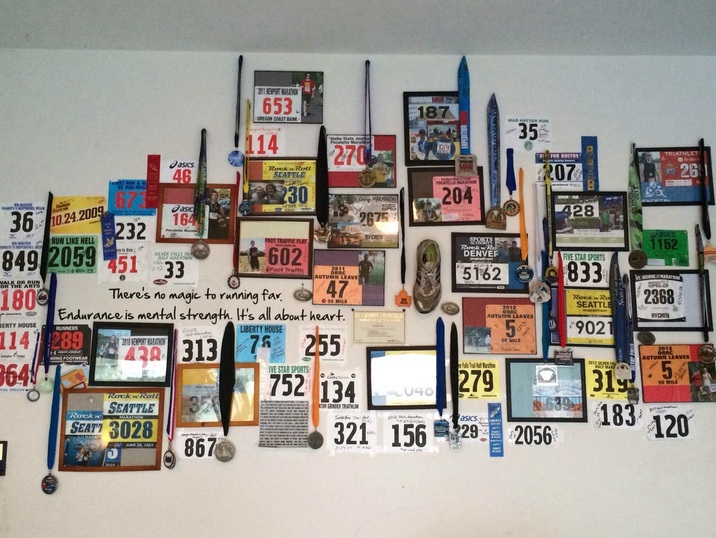 I went from non-runner to marathoner to marathon maniac to ultra marathoner to multi ultra marathon and half ironman triathlon finisher over the course of about 48 months. 16 marathons, three 50 milers and three half Ironman triathlons in 40 months to be exact (plus dozens of shorter races). It was hard, I pushed myself beyond limits I thought existed, it wore me down and I fought through a couple of injuries here and there. The one constant through all of this was that I was always motivated. There was always the next race, and thus, the next workout. Every one of them mattered and I took every one of them seriously. Put the time and effort in now, was my thought, or you’re going to have regrets on race day.

I can’t think of too many races, any really, where I felt unprepared on race day. Well, maybe the 2013 Seattle Rock ‘n’ Roll marathon that I decided to run 72 hours prior to the event, but that was purely for fun and not one I had planned on running until my wife decided she would be unable to run it on Wednesday night of race week. That’s not to say that all of the races went how I had hoped they would, certainly many of them did not, but I never felt like it was a lack of preparedness. I was always motivated.

The end of 2013 has been different. After pulling off a 50 miler/trail half marathon combo on consecutive weekends for the third straight year (and destroying my 50 mile PR from 2012 in the process), I had a pain in the arch of my foot that lingered. Week after week I felt it with every step and it hurt. I took time off from running and hit the gym, participating in a weights class and a core class. Running was out and cycling aggravated my foot even more so there was none of that either. Even the light kick in my swim stroke aggravated it.

My foot eventually healed as I knew it would. But it’s been eight weeks now since that half marathon and I’ve run exactly three times. Three easy 5k runs. And while it felt great to get out and run again, and while I do miss it somewhat, there was no motivation behind it. There still isn’t. It might be that I’m not signed up for any races so there’s nothing I’m working towards right now. But I’m not even motivated to think about looking for a race to sign up for. It’s just not there.

Perhaps this is my body’s way of telling me it’s time to rest and recover. To really rest and recover. To recover from the stress of going from nothing to four consecutive years of go go go, pounding out the miles, treating every workout like it was a race, putting in the time and stringing together as many endurance races as I could fit into my schedule and budget. That doesn’t even include the mental energy used to prepare for each race, put together training schedules, learn about nutrition or pace strategies and doing all of it while juggling a family and full-time job. Perhaps this is my body telling me it’s time to rest and recover, not for a week or two weeks or even a month, but as long as it takes. Toss out the calendar, it means nothing.

I trust that when my body has healed and rested sufficiently, physically and mentally, that I’ll know. It might be that a particular race catches my eye, or I may see someone running along the road as I drive to or from work, or someone may post something about their latest workout on Facebook. Something will happen and the motivation will return. I’ll be excited to set the alarm for 5am the next morning and anxious for it to go off. And then I’ll hit the road and start moving again, realizing very quickly that If I’m going to do this I’m going to have to start back at the beginning. But I’ll be motivated to do so.

In the movie “Searching for Bobby Fisher” there is a principle that the Ben Kingsley character tries to instill in the child chess prodigy that he coaches. “Don’t move until you see it,” he tries to drill into him. “Don’t move until you see it.” Make a move too quickly without being absolutely sure of what you’re doing, why you’re doing it and the consequences that will follow, he taught, and it could be disastrous.

For me the principle is similar: don’t move until you feel it. Don’t move until the motivation is there and I’m absolutely sure I’m ready to take on the challenge and stress and work of preparing for and completing 26.2 miles, or 50 miles, or an Ironman, or whatever it may be.

I’m looking forward to that motivation returning. In the meantime I’ll rest, recover, sleep a little more, eat a little less and wait patiently for that moment to arrive.