On February 27th, 2016 I walked to the starting line of the Phoenix Marathon (now the Mesa-Phoenix Marathon) feeling as good as I ever had before a marathon. I hadn’t run one in nearly 20 months and I was motivated, healthy, rested and ready to go. I had hired a coach the previous November to put a training plan together specifically for this race and I had the confidence of knowing I had followed the plan.

But despite feeling so confident in my preparations it just wasn’t my day. At some point in the later miles I seriously questioned why I was even there and why I continued to do this. My wife had given birth to our fourth child a month earlier, and though I was at the race with her blessing, I felt like I should have been at home rather than running a stupid race multiple states away.

My stream of Facebook posts immediately after the race generated numerous text messages from friends and family making sure I was alright. Others tried to remind me that I had just finished a marathon and what an incredible achievement that was. Finishing wasn’t my goal though. I had done that 17 times already. Sitting there on a curb listening to all the happy finishers around me, many of them ringing the “PR bell” that was set up a short distance away, I just wanted to get on an airplane, fly home, throw my running gear away and be done with it all.

One year, two more marathons and a 50-miler later, obviously that didn’t happen. The only thing that changed was realizing that I do actually love to run but just can’t dedicate the time necessary to reach the goals I had set 5-7 years ago, when my life circumstances were different.

So as I lined up that same starting line at Usery Pass outside of Phoenix on Saturday, 363 days removed from the disaster that was last year’s race, with just six-weeks worth of “training” under my belt (three runs/week, and a long run of 15 miles), I had zero expectations. I had spent a couple of great days visiting family and friends and the race was just the dessert on the week. I was determined to think positively no matter what, to start slow, be consistent, eat early and often, stay hydrated and see what happened.

I love the Mesa-Phoenix Marathon. It has everything you want as a runner: a beautiful course, plenty of aid stations that are well-stocked, well placed and feel like a party, a great finish line (a plate of Kneaders french toast is…incredible), community and spectator support, swag, sunshine, fireworks and all sorts of other little details that you notice along the way. There’s no wonder why this race sells out 10,000+ spots every year (between the 10k/half/full).

I had a great run. I still didn’t reach my “goal,” but I ran my perfect race and gave everything I had for 22 miles before finally succumbing to the lack of training. But I had fun doing it.

And that’s enough to keep me running for another year. 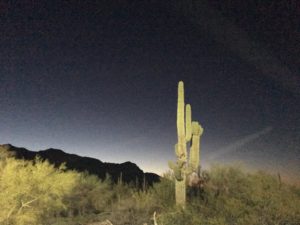 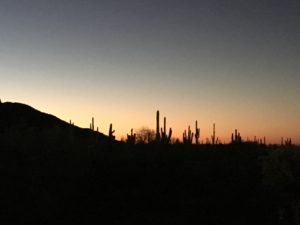 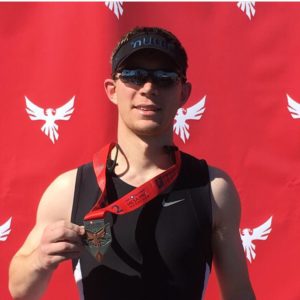